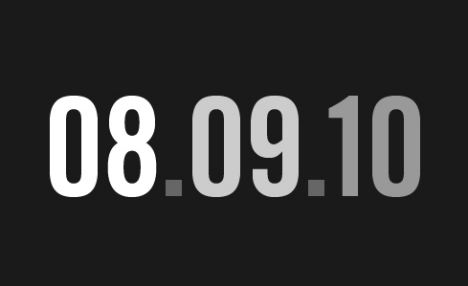 Imagine for a moment that you’re the one in charge of all the big decisions for the Vancouver Whitecaps.

It’s already been a busy off-season; you’ve given the go ahead for little blue triangles to be added to the new white home shirt and you’re confident that you’ve hired the very best people to handle the streaming of the pre-season games.

But now you’re faced with the biggest challenge yet.

Financial restraints mean only one Designated Player can be added to the team and owners want you to decide if that should be a number eight, a number nine or a number ten.

Despite being  somewhat appalled at their slightly reductive way of looking at tactical positioning you set about pondering their question.

You first remember that a very briulliant blogger once argued that Matias Laba either can’t or won’t be asked to play the purely defensive midfield role so that would make a true box to box midfielder both a bonus and a liability to the team.

True, the team could definitely do with a player who added to the numbers going forward but if that was at the cost of leaving the back four as exposed as it was last year that could mean good money spent simply to stand still.

Anyway, it’s a truth universally acknowledged that Vancouver just need a good finisher to make everything okay isn’t it?

Well it kind of is, but while the Whitecaps definitely created chances last season a whole bunch of those chances were created by work rate and pace rather than creativity.

Slot a pure finisher into the lineup and it’s just possible that a numbder of those chances may suddenly disappear making his presence a lot less effective than we all presume it would be.

So perhaps a creative presence at number ten is the answer?

It’s certainly one area where Carl Robinson hasn’t had much success since he took over the coaching role with his two main options either being Pedro Morales (who lacked the quickness of short passing and instinct to get forward) and Nicolas Mezquida (who lacks the inate creativity).

So simply putting a genuinely effective number ten should solve all the problems?

Again what we really come back to is the way Robinson likes to set up his team; he seems to prefer “and a half” players.

In other words he likes a wide man who plays narrow and he definitely likes forwards who can play anywhere along the front line; somewhere between a nine and a ten.

But when he does play a straight up forward man then he prefers him to play facing the rest of the team rather than the opposition goal meaning that he becomes the de facto creative hub for the rest of the attack to play off.

So if the coach genuinely likes these “portmanteau” players then concentrating on signing their exact opposite may be detrimental to the team in the long run.

That means the best answer you can give to the question of whether to sign a number eight, nine or ten is to give no answer at all.

4 thoughts on “Eight, nine or ten for the Whitecaps?”