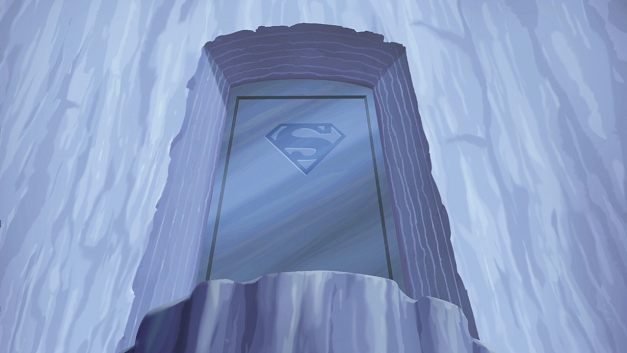 Well I think we learned that a lot of people are running out of patience with the way the team is playing as much as the results themselves.

We don’t need to rehash the appalling stats here (Mainly because I can’t be bothered to look them up) but the Whitecaps seem to be on a personal mission to prove all those folks who say that soccer is boring to be bang on the money.

It’s hard to believe that any newcomers to the team will be returning to BC Place anytime soon after the two opening performances and while we all wanted the team to turn BC Place into a fortress this season I don’t think we imagined it becoming a veritable Fortress of Solitude as more and more casual fans stay away.

Maybe the next installment of the club’s “Challenge a Whitecap” feature could be Brek Shea trying to go ninety minutes without making a fool of himself?

But that foolishness can’t be divorced from the locker room culture that seems to be such a prominent topic of discussion around the Whitecaps.

Now, it’s probably such a prominent topic of  discussion because it gets mentioned so much by the club themselves but there still have to be questions around said culture given the events of the last two MLS games.

Strangely enough in 2016 the almost obligatory red card actually did seem to concentrate their minds and they played some of their best football while down a man (the home game against LA stands out in particular).

This year though it has felt as if Vancouver either lose their collective focus or the opposition are so confident that the ten men left on the field won’t be a threat that they pour forward in incessant waves.

They’re probably equally confident that the eleven men won’t score either because watching the Whitecaps trying to figure out how to break through a defence is like watching a marmoset trying to configure bluetooth in a rental car.

There was a gloriously typical moment in the first half against TFC when the Whitecaps were awarded a free-kick just inside the opposition half. Russell Teibert was assigned to take it and although this felt like an excellent opportunity to get the ball forward the alarmingly bearded Canadian was clearly desperate to pass the ball back to one of his central defenders.

Unfortunately that route was blocked off so he was forced to play a daringly brave ball ten yards forward. Thankfully two passes later the ball was back with Teibert and this time the reassuringly safe backwards pass was on.

Where the team go from here is anybody’s guess but the news that Real Salt Lake have fired coach Jeff Cassar after just three games must give some pause for thought.

It’s either an indication that MLS teams will be getting itchier on the managerial trigger than they have been in the past or it’s a singular event signifying nothing of import.

It’s probably more of the latter than the former but if it gives Carl Robinson pause for thought and tempts him to move away from his philosophy that every game is essentially a fifty-fifty affair to be decided by the first goal (Let’s call it the “Fine Lines Doctrine”) and actually have his team try to take the initiative in a home game then it will be all to the good.

And while we’re on the subject of “fifty-fifty” how come I’ve never won the thing when the name literally implies that there is a 50% chance of scooping the big prize at every game?

One thought on “Whitecaps v TFC: What did we learn?”