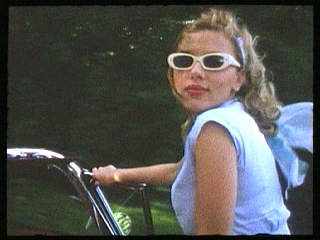 The news that Kekuta Manneh has been traded to the Columbus Crew for Tony Tchani and some imaginary salary cap money probably comes with both a sense of surprise and a sense of the inevitable.

Surprise because both clubs kept the deal close to their chests until the official announcement and inevitability because Manneh had seemed a disconsolate figure for much of the season; a man set apart from the ebb and flow of the team dynamics.

But now that the deal has gone down what are we to make of it?

From the Whitecaps point of view Tony Tchani fills a much needed hole since a genuine box to box midfielder has been as rare in Vancouver as a Kokanee drinking hipster and (assuming Carl Robinson allows him to play with the freedom to get forward) the thought of a player arriving late into the opposition penalty area takes the breath away given the barren nature of the current attack.

We will also get to find out whether Matias Laba can play the lone defensive midfield role. I have my doubts given his tendency to hunt the ball, but if he can form an effective partnership with Tchani then it changes the whole dynamic of the Whitecaps midfield.

Maybe Robinson will even consider playing 4-3-3 in some games to give himself the insurance of a more static presence in front of the defence in the shape of Teibert or Jacobson while still allowing the possibility of the quick break from the three forward men?

That’s a stretch but at least now the options are more realistic than the previous “Maybe Bolaños can play there?” scenarios.

But what are Columbus getting for their imaginary money?

There’s no doubt that Manneh has plateaued of late in Vancouver and whether that’s down to injury, disillusion or coaching is up for debate but it will be genuinely interesting to see how he fares elsewhere.

The Crew have certainly taken a chance on a player who hasn’t been in good form for a season and change but the potential is still there even though the window for that potential is getting narrower by the week.

If their gamble pays off and they can somehow rediscover the best of Manneh then they will have a player who can change a game in the blink of an eye and a US international that they can build a system and a marketing campaign around.

That’s a long shot but I think most coaches would want the chance to prove they could make that gamble pay.

For now though this looks like a very good move by a Whitecaps team that has needed something good to happen since at least the start of the season.

Next stop the World Cup!