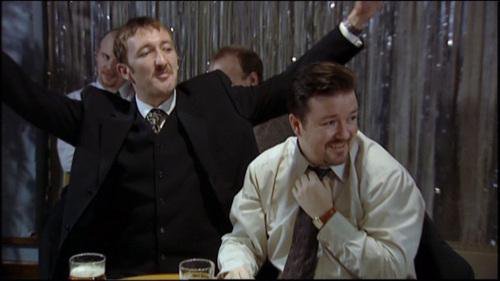 So the Vancouver Whitecaps ended their four game road trip in the same way it began with a 2-1 defeat that woulda, shoulda, coulda been a tie on another day.

In the end it was only a harsh penalty decision that cost the Whitecaps the game in Houston but, in the general scheme of things, six points taken from those four games seems about right for the performances given.

Like all good road trips there was much learned and much left to learn at the end of it and the attention now turns to a run of games at BC Place that will define the season far more clearly than what has gone before.

Carl Robinson goes into those games having crafted a 4-1-4-1 formation that mostly brought the best out of his limited options and though the temptation must be to stick with a winning hand it’s hard to see the exact same iteration of lineup working so effectively against opponents who will mostly sit back.

So what are the other options?

Well, one is to tweak the system with players rather than positions and move Christian Bolaños inside to replace Tony Tchani and insert Brek Shea on the left.

Shea has looked sharp in his last two substitute appearances, scoring twice, while Tchani has yet to find anything like a rhythm in the role he’s being asked to play.

The problem with this solution is that it moves the most creative player in the team (Bolaños) into an area where he’ll find less space and will be asked to do more of the defensive work that doesn’t suit his game.

Keep Laba as the sole defensive destroyer and put Shea alongside Fredy Montero in attack. Montero has certainly been starved of company in the new system and that can’t be allowed to continue in home games.

The problem with this solution is that Robinson probably sees Shea as more of a central attacker than he really is. No doubt he can do a job there but he still looks better suited to wide play than anything else.

That may cause a terrible sense of dread to form in the pits of many of our stomachs but if Andrew Jacobson can be convinced that playing as part of the “2” also involves getting forward whenever the rest of the team does then Bolaños can play the number ten role that frees him of almost all defensive responsibility and also gives him the freedom to roam while allowing Shea to play in his preferred wide position.

Unfortunately for the coach there’s no right answer to this conundrum (Well, there is a right answer but he won’t know it until the games have been played) but if he gets the answer badly wrong then a season that suddenly became somewhat surprisingly afloat could be sunk again before you can say “Why does Tony Tchani seem incapable of shooting and standing up at the same time?”.

Robinson has earned a degree of leeway in the last month but he’s now moving the Whitecaps ship into waters where any leeward drift could all too easily force it onto the dreaded rocks of below the playoff line mediocrity.