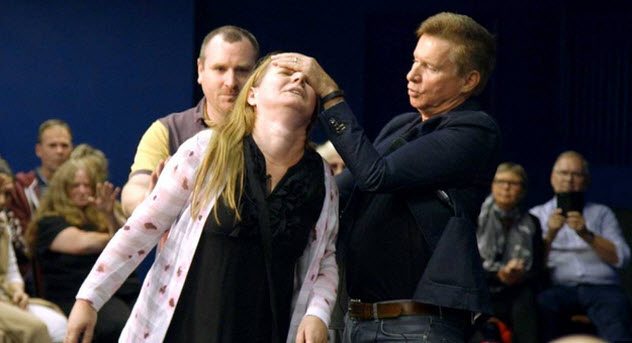 The best thing about the Vancouver Whitecaps 2-1 road win against the Houston Dynamo was that it garnered our heroes a valuable three points from one of the toughest trips in Major League Soccer.

The second best thing is that it helped allay any of those “the Whitecaps will be a more possession based team this season” theories that sprung up after last week’s game against Montreal.

Vancouver were back in their familiar territory of conceding chance after chance while somehow managing to win the game thanks to a penalty kick and a breakaway goal.

At this point I’m not sure who the universe is really playing the long con on; the Whitecaps fans who think that this time around Carl Robinson has figured it all out and it will be different in the playoffs this year or Robinson himself who must surely feel that he’s cracked the secret of road success in MLS.

The results may make a convincing argument that he’s done just that but, like a faith healer who strikes lucky with a cancer remission or two, causation and correlation can make convincing bedfellows even when they live in separate cities.

Good defending to be sure but good last-ditch defending and certainly not, in any way shape or form, a composed away performance.

But for all this complaining there were some standout showings.

Alphonso Davies was forced to drop back to cover the left back position when Marcel de Jong was forced to leave the field in the first half and when the youngster did get caught out of position his pace allowed him the opportunity to recover.

Stefan Marinovic produced at least two saves he only had half a right to make and Brek Shea once again proved that when he’s given the chance to break beyond the opposition defence he’s as cool a finisher as the club has.

Less impressive was another display of listless anonymity from Yordy Reyna which must have left Cristian Techera watching from the bench and wondering why the Peruvian got the nod over him.

Aaron Maund still looks capable of getting caught hopelessly out of position and Felipe was the victim of tactics that are in no way designed to get the best out of his particular style of play.

Six points from the first two games gives the team a decent cushion for what is actually a pretty tough opening schedule and there’s always the chance that Robinson will integrate the newcomers to the squad in a manner that improves the overall quality of play.

He probably won’t do that of course and come season end we’ll all once again be wondering why the Whitecaps couldn’t break down a stubborn opponent at BC Place.

For now though let’s just enjoy the sense that the plan is working.

Felipe was advertised as a box to box midfielder (and is) but didn’t get anywhere near the Houston penalty area unless it was to trot over to take a corner kick.

Robinson got his substitutes spot on. Moving Davies to left back, introducing Blondell for Kamara when the latter looked in danger of picking up a second yellow and giving Mutch the opportunity to wrest a semblance of control back to the game all worked perfectly.

It’s to Kamara’s huge credit that he somehow got a goal and an assist from that game but even a natural number nine can only do so much in isolation.

The rest of MLS is already producing results that are so batshit crazy it kind of makes any attempt at rationalization superfluous.

And now back to your regular blog.