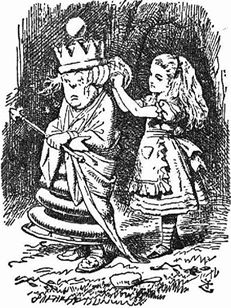 Perhaps the real tragedy of the Vancouver Whitecaps being eliminated from the Canadian Championship by Cavalry FC is that I had planned to write quite a funny blog if they had won.

Not hilarious. But just amusing enough to convey the impression that I was putting some thought into the thing.

But instead of that, we get this.

And what else is there to say?

Vancouver were outworked (and outplayed!) by a team that is theoretically inferior to them and almost nobody at BC Place was surprised by that.

And if the players don’t even have enough professional pride to put in a performance in a game like that then what hope is there?

And if the coach can’t instill enough professional pride into his team to put in a performance in a game like that then what hope is there?

Those are rhetorical questions by the way, because there is no hope while the people who run this club continue to do so.

Because they clearly have no professional pride either.

If they did they wouldn’t still be around after so many seasons of failing to follow up on promises, shirking the tough decisions in favour of an easy life and offering jam tomorrow when it came to investment.

It’s always the next transfer window that will be the best one to make a move for the Whitecaps, never this one.

And if this was anything even approaching a half competent organization changes would already have been made.

And if this was even a quarter competent organization changes would definitely be made after the debacle of a season we have witnessed so far.

But changes won’t come. We’ve been through this movie before and we know that.

The people responsible for what the Whitecaps have degenerated into will continue to  skulk in the shadows and ask us to “believe in the process” and throw up their hands in horror when anybody even dare question their commitment to the cause.

And then they sit back down and watch their (no, our) empire crumble into dust and don’t even have the decency to feel even a modicum of shame.

On the positive side the team can now concentrate on the league!

One thought on “Vancouver Whitecaps go down the rabbit hole”