Like many people I have spent the last few months watching in fascination at the habits and rituals of the humble delivery driver.

The “Sorry we missed you” note even though you haven’t left the house all day. The imaginative use of dates to imply a delivery was attempted twenty four hours prior to when it was even possible and the plaintive “Can you let me in?” plea when our hero stands balancing a cavalcade of boxes filled with cat food, printer cartridges and the second volume of that Fantasy trilogy about a dragon who turns out be the White Lord of the North.

Yet one of their rituals remains shrouded in mystery.

For, on most days, a delivery truck will pull into the parking area at the back of the apartment block and, without stopping, circle around and leave.

They are not using the space to simply turn around and change their direction, that makes no sense given the road configuration.

So what is going on?

The best suggestion I have heard is that a tracker in the truck monitors their progress so this quick, yet seemingly pointless maneuver, satisfies a data driven formula that the correct route has been taken.

It may be generations until we discover the true answer to that question, but I like the idea. Trucks that are both there and not there, leaving ghostly trails of their progress. Tricksters making nonsense of the plans of others, leaving nothing but chaotic rhyme and algorithm.

And while Hwang In-Beom’s story in Vancouver may not be as complex as this deep dark mystery he too was, in many ways, here and not here.

Gone before he had arrived.

He never made secret his desire to play “In Europe”, although sooner or later we are going to have to settle on a definition of what “In Europe” actually means. The Luxembourgian third tier? The Spanish Futsal Amateur Cup?

But Russia definitely counts as Europe. The travel will still be brutal and Putin’s Fiefdom doesn’t scream “fun destination”, but it could be a springboard to better things.

Maybe that’s the kind of player In-Beom is? One who plays to the level of the team he is in? Maybe he can keep a good team good, but can’t make a poor team decent?

It’s certainly possible to imagine him fitting in to a well structured system that relies on one touch passing and movement and doesn’t look to him as the creative fulcrum.

They wanted a number ten, but ended up with a player who is best suited to playing number eight playing as a number six.

His replacement needs to be somebody who wants to be here, somebody who is effective in the system and somebody who leaves behind something more than the faintest of traces on a heat map of the final third. 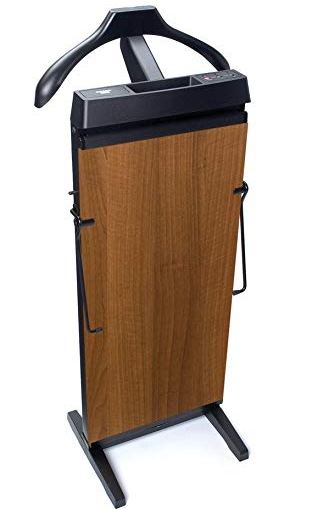 A home game against a poor Conference rival. An early lead through a set piece goal. Failure to take the initiative and build on that early advantage and allow the opposition to grow in confidence. Concede an equalizer thanks to a defensive loss of concentration. Resort to hitting long balls to an isolated forward. Fall behind but then another set piece goal and a late attacking flurry creates the illusion that the game could have gone either way.

It’s hard to see how the Whitecaps can continue with Carl Robinson at the helm given the Groundhog Day nature of every game and….

Wait? What? When did that happen?

I’m joking of course. I exclusively found out about the Dos Santos hire a few weeks ago but, like all great art, that opening paragraph contains both truth and untruth. Hints of whispers of shadows that may or may not exist.

So what actually happened in the 3-2 loss to Minnesota?

Well, at times the Whitecaps played some very nice one touch football, kept the ball on the ground and moved for each other.

And, at times, they forgot all that and resorted to hoping Fredy Montero could out jump two large central defenders.

At times they pressed as a unit and forced Minnesota into dangerous turnovers.

And, at times, Hwang In-Beom was pressing alone and searching forlornly for a team mate who was thinking of doing the same.

Overall the Whitecaps were exactly what we knew they were; a work in progress.

The sense of optimism around the Dos Santos hire and the barrage of promos around his coaching style and ability kind of, sort of, created the idea that his Vancouver side would hit the ground running from day one so, in the grand scheme of things, a wake up call such as this may be best for all concerned.

And there were definitely some positives.

In-Beom looks the real deal. All quick passes and movement and dangerous around the opposition area.

New captain Jon Erice too looks a class player and there were already signs that he and In-Beom would form a decent understanding as the games go on.

Lass Bangoura showed that he had both pace and trickery and Erik Godoy looked a solid starter in central defence.

But what about the negatives?

Felipe looked out of place in this formation. Taking three touches when one was the better option, looking back when there were runners ahead of him.

And we can safely describe the choice to build from the back as a “work in progress” with Doneil Henry in particular seeming to do more thinking with the ball at his feet than is good for any of our blood pressures and Jake Nerwinski showed that he remains more valuable as an attacking full back than a defensive one.

Derek Cornelius gets a pass given he was played out of position at left back but the attacking set up of the midfield means the defence will have to be far more organized than they were on Saturday afternoon.

But the most concerning aspect was the inability to create chances from open play (not least because this was also an issue in the pre-season) with even In-Beom seemingly reluctant to get into the danger zone to meet the end of a cross or pick up on a scrap of a loose ball.

But patience will be required for sure and there’s enough things to be optimistic about to make watching this team this season a delight compared to what has gone before but, and this needs saying over and over again, it’s insane that the organization allowed themselves and the team to be in this position.

A tough decision taken a couple of years ago would have saved all this angst.

But avoiding tough decisions and hoping it will all go away and that nobody will notice seems to be par for the course.