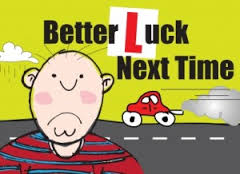 We all want certainty in our lives.

As we fight through the maelstrom of the modern world we become increasingly desperate for something, anything, to cling on to.

Just one solitary thing we can know without having to grapple with the uncertainties of subjectivity or moral relativism. A line in the sand that, once drawn, can never be breached or obliterated.

A moment when we can say without fear or fuss that a thing is true. Definitively, certifiably true.

Which is probably why the Video Assistant Referee (VAR) is being introduced into football.

Well, it’s either the search for clarity in a fragile world or the numerous sponsorship opportunities and lucrative contracts that the innovation creates.

Hard to choose between the two really.

I’ve always been very much in the anti VAR crowd so don’t expect anything approaching objectivity here, but a few games into the Confederations Cup have done little to quell my unease.

So let’s look at a few of the issues the current “test” raises.

“It’s only a test”– If somebody taking their driving test smashes into a shop window while texting their mother with their feet they don’t get to say “But it’s only a test! You can’t fail me for that!”.

Yet VAR seems to have that out every time. Players should have been red carded but weren’t? “It’s a test!”. Acres of time spent making a decision that is usually made instantly? “It’s a test!”.

We all know it isn’t really a test of course. There’s no way the authorities will have invested this much time, money and free lunches for it to fail now.

But if there’s any time for genuine criticism of the system then that time is now. None of this “It’s a test!” nonsense anymore please.

The effect on referees”- Most of us are used to driving with a GPS by now (Another driving metaphor? Weird) and we all know how that changes the way we perceive the world.

We pay less attention to our surroundings because we really don’t need to be looking for that church we need to turn left at because the GPS will tell us.

I’m not sure if that makes us worse drivers than before but it definitely makes us different drivers.

But it definitely felt as though he was willing to abrogate responsibility to the voices in his ear.

Over time that would very much change the way a game is officiated and I’ll leave it to you to decide if having a referee less mentally connected to the action is a good or bad thing.

It doesn’t eliminate controversy  One of the main selling points for the system was that it would eradicate endless debates about goal decisions, penalty calls and red cards.

The limited evidence so far is that it does no such thing.

That really shouldn’t be a surprise when the instances of “I’m seen them given” penalties are so numerous in football but for some reason there was the assumption that somebody looking at a replay seconds after the actual incident had occurred would be able to achieve a the kind of omnipotence only the gods can usually lay claim to.

So VAR won’t reduce arguments about the game at all, but it will at least make them far more tedious.

The law of unintended consequence VAR proponents were thrilled when a Portuguese  goal was recently rescinded because Pepe was shown to be a sliver of shoe offside.

And indeed it did. But what will be the eventual repercussion of that kind of decision?

For one thing I doubt that Assistant Referees will be raising their flags for marginal offside calls for much longer.

Why would they? Get it wrong and the tape will show that they stopped a legitimate goal scoring opportunity.

But what if it was offside and the subsequent attack leads to a corner which then leads to a goal?

Do we go back and review the offside call? You bet we will once something like that happens to a Real Madrid or a Manchester United in a big game.

And what if the corner was given incorrectly anyway? Review that if it leads to a goal? Same answer as above.

In short, a system that was originally promoted as only intervening in the most crucial of decisions is already displaying the kind of mission creep that makes most American inerventions in the Middle East look like well planned military exercises.

The MLS version is even worse- Getting the match official to trot over to a TV screen on the side of the pitch to review an incident should prove to be a bizarre mix of technology and farce.

At least it will provide a few laughs during the longueurs of waiting for an actual decision to be made I suppose.