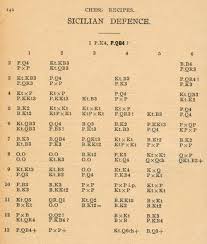 With the Whitecaps having the weekend off to frolic in the summer sun this seems as good a time as any to assign some random numbers to how each player has performed so far in 2017.

Before we get to that though let’s first acknowledge that this season they have found a formation and a way of playing which definitely suits them.

Is it perfect? No.

And there are still adjustments to be made and tweaks to be tweaked when (Or if) everybody is healthy but for now the Whitecaps can look back with some satisfaction on the fact that they have re railed a season that threatened to careen off those rails in the early stages.

But enough waffle! To the ratings!

David Ousted- 6.5 It’s a testament to how much better the whole defence has been that we have seen far fewer of those patented “standing on his head’ Ousted saves this season.

But he has been solid (Maybe a little weak on shots down low to his left?) and goalkeepers who do less work are often doing a better job of marshaling their defence than those who catch the eye week in and week out.

But life isn’t fair so Ousted gets a 6.5 when there’s a good argument for him really being a 7.

In addition he’s obviously made life easier for every other defender on the field (Kendall Waston in particular).

And he also seems like a perfectly nice chap to boot! (Just to clarify that I’m using “to boot” to mean “in addition” there rather than stating that he seems like a good candidate for a kicking).

Jordan Harvey- 6.5 If you don’t like Jordan Harvey then you need to take a long hard look at yourself in the mirror. Not pleasant is it?

Having said that he’s now approaching the downward spiral of his career given that he’s lost a yard of pace and is often targeted in the air by the more savvy opponents.

He will still do a job for at least the rest of this season however but both Brett Levis and Sam Adekugbe should be picking up the enticing scent of Harvey’s blood dripping tantalizingly into the water.

Kendall Waston- 7 At the start of the season I was very much in the “Waston is expendable given his salary and his performance last year” camp.

How wrong I was.

Credit has to go to Carl Robinson for taking the decision to make Waston captain and credit too to Waston for accepting the mantle with the requisite responsibility.

Gone are the wild challenges that seemed to be as much about proving his worth as having any tactical value (Maybe now that he’s captain Waston doesn’t feel the need to prove as much?) and although his long and aimless balls forward remain a source of frustration to many, his defensive solidity has been a corner-stone of the campaign so far.

Tim Parker- 7 Parker may be my favourite Whitecap right now.

Sure his passing can be as agricultural as Waston’s but his strength, speed and ability in the air make him an invaluable asset.

Like Waston he’s also a constant goal threat from attacking set pieces and if both stay healthy the Whitecaps will have enough security at the back to make a run to the playoffs an awful lot more likely than it ever was last year.

Matias Laba-7 Let’s throw Laba into the defensive pool if only because there are so many midfielders the next post will be a pain for me to write.

Last season Laba was a bit of a mess in a team that was probably a lot of a mess.

We can debate which of those was cause and which was effect but this year we have the old Laba back.

There was some debate (Mostly within my own head) as to whether he could play as a lone defensive destroyer but the presence of Tchani and Jacobson in the midfield means that he’s both functioning and not functioning in that role.

Laba may well be the main bulwark protecting the back line in the centre of the pitch but he’s also free to roam around and into tackles as he loves to do because he knows that (Or at least hopes that) there will always be somebody to cover.

They also served- Jake Nerwinski and Marcel de Jong have each had more than one or two run outs this season and while de Jong (6) is still a limited player Nerwinski (6.5) looks to be a very good backup for Williams given his pace and willingness to get forward.

Spencer Richey (6) did a decent job of covering for David Ousted when required but he very much slotted into the “goalkeeper you notice” category.

That may have been because he was playing with personnel he wasn’t used to but he did demonstrate either a reluctance or an air of indecision when it came to coming off his line.

All in all though we can say that the defence has been the biggest success of the season so far and while that may not sell tickets at the box office it does make everything else about the game so much easier.

Next time out it’s the somewhat crowded midfield who come under scrutiny!