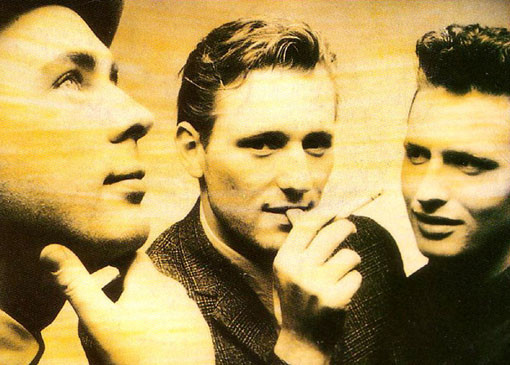 So I’m calling it.

The Vancouver Whitecaps aren’t going to make the playoffs this year.

The 1-0 loss at home to the Colorado Rapids was the final nail in a coffin that’s been begging for the sweet release of death for weeks now.

You could certainly look at the standings and argue that the games in hand of other teams count for little but, to quote Schopenhauer, “Every man takes the limits of his own field of vision for the limits of the world” and the world outside of the Whitecaps has moved on.

Carl Robinson has taken the best group of players he has had under his control and turned them into an amorphous mess where nobody could name what he thinks is the best eleven or even what he thinks the best way of playing is.

In a comment to the original post a commenter wonders if the plethora of  choice leaves Robinson in a position where he’s trying to please too many players to ever settle on a genuine starting eleven.

Robinson has never set himself up as a disciplinary coach but rather one who earns the trust of his players through man management and it may well be that this desire to keep everybody happy simply results in everybody being just a little bit dissatisfied.

In some ways it’s a fascinating metaphor for the inefficiencies of the modern Capitalist system and in other ways it would be nice if the coach just made his mind up.

It’s been tempting for some to be mollified by the recent series of games which produced great entertainment, if not great results, but nobody could honestly have looked at those matches and concluded this was a coherent team operating under a coherent philosophy.

And before we get on to the substance of the Colorado game can we acknowledge that the decision to start Kendall Waston was indicative of everything that’s wrong right now?

Of course the Captain wanted to play after his World Cup exploits, but of course somebody within the club should have been strong enough to say that clearly wasn’t a good idea given that he’d just flown in from Russia!

But it seems either nobody wanted to make that decision or convey that decision to him so we get a lacklustre Waston and a wasted substitution at half-time.

It also turns out that Waston left the game with a groin strain making the decision to start him even more foolhardy (see above re wanting to keep players happy rather than manage them).

Ironically the Whitecaps didn’t play all that badly against Colorado, they just couldn’t finish their chances.

And part of that has to be down to how poorly Kei Kamara has been playing.

He constantly seems to want to drop deep to be the hold up man but his first touch (and his second and third) aren’t good enough for the role so Vancouver either lose the ball or (on the odd occasion when he succeeds) don’t have anybody in the box to cross to.

Ironically (again) Robinson finally has a player who is suited to receiving high balls punted into the box and yet he’s never there to receive them.

Ironically (again) Robinson mentioned this very fact in his post game interview but this isn’t a new thing.

It’s been mentioned on the AFTN preview podcast on more than one occasion and even I wondered a few weeks ago if this was a deliberate tactic to create space for other players.

So the coach of the team has either failed to notice this until now or has noticed it but hasn’t taken any action about it.

Neither of those options are hugely inspiring.

The only real bright spot was Alphonso Davies who continues to cause havoc among the opposition whenever he has the ball at his feet.

But how frustrating is it to see that talent being wasted in a team that has become less than the sum of its parts?

Almost certainly the slow descent into a seventh or eighth place with the club desperately trying to keep the tension of the possibility of postseason play alive until the very last cross is headed away or the very last shot is hammered over the bar.

But sooner or later somebody is going to have to “look beyond the limits of their own field of vision” and make a brave decision.

Unfortunately every indication is that brave decisions won’t happen and if they do they will certainly be too late.

Let’s hope that prevarication only destroys this season and not those to come.