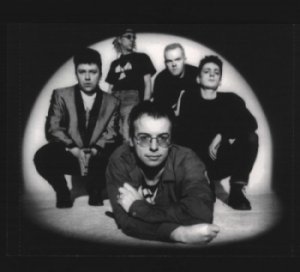 It’s a truth universally acknowledged that the switch to 4-4-2 turned around the season for the Vancouver Whitecaps.

It certainly produced more exciting football and conveniently headed off at the pass the growing clamour of discontent swirling around the club.

But the reality is that in the nine games played this way the Whitecaps have won just two and haven’t kept a clean sheet in any of them.

It seems we’ve all been blinded by the superficial glitter and remained oblivious to the underlying flaws.

So does Carl Robinson stick with what isn’t working but kinda, sorta feels like it is or throw in his lot with another new formation?

It’s usually around this time in a season when Vancouver hit some kind of slump and that may well be because opposition coaches have worked out how the Whitecaps will play and have adapted to it.

So changing things around might not be that bad an idea no matter what the reason.

It’s still possible this squad could play three at the back very effectively but that would take time (and willingness) on the training field so it looks like our old friend 4-2-3-1 should probably raise its head again.

The benefits of this are many.

It allows the reintroduction of two holding midfielders to protect the back four (and if Felipe or Mutch fill one of those roles during games at BC Place it doesn’t have to be as defensive a system as was previously played).

It forces Kei Kamara to stay central and forward instead of somehow finding himself out wide and taking throw ins when the teams are attacking.

And it allows flexibility in the three behind the front man.

Davies, Reyna and Techera (when fit, not suspended etc.) look like the ideal players for the these slots but Mezquida, Felipe, Mutch or Shea could fill in when needed.

No mention of Anthony Blondell here because he’s starting to feel like another one of those signings that don’t get the field time they either deserve or need before being moved on having left barely a mark on our memories.

When he has played Blondell has looked raw but lively and effective and it’s odd to see just how little playing time he has had.

Chances are that Robinson will give 4-4-2 one last try for the upcoming home game to the Chicago Fire but it’s had a good run and soon needs to be replaced with something a little more substantial.